I initially wanted to devote individual blog posts to the best of these readings from our emergence journal club, but the previous post is getting an unexpected amount of attention, and there were some requests for reading material.

So here is what we have discussed so far:

This is a classic that in some sense revived ideas about emergence, and popularized the notion of symmetry-breaking as a possible way in which fields emerge from lower-level fields, enabling new law-like phenomena without violation of more ‘fundamental’ laws.

This relatively recent paper offers a semi-formal definition of emergence, linking it to the concept of scope rather than level. ‘Ontic’ and ‘epistemic’ emergence become attached to the distinction between changing scope and changing resolution.

Batterman, Robert W. The devil in the details: Asymptotic reasoning in explanation, reduction, and emergence. Oxford University Press, (2001).
Batterman is a physicist-turned-philosopher, and argues that ‘asymptotic reasoning’ (in which a finite parameter like the number of particles is treated as a limit tending to infinity) is not just a tool of approximation, but captures something crucial about emergence.

We looked at a few chapters in which D’Arcy Thompson explains how ideas of scale and geometry can assist the study of animals and plants. It represents a kind of pre-calculus worldview that miraculously survived into the 20th century.

This paper was a nice introduction to Conrad H. Waddington’s idea of an epigenetic landscape. The thesis of the paper is interesting in its own regard too, as it makes interesting points about vagueness and metaphorical thinking in the context of diagrams.
DeLanda, Manuel. Intensive Science and Virtual Philosophy. Bloomsbury Publishing, (2013).
We discussed DeLanda’s intriguingly ontological approach to dynamical systems, which was apparently inspired by the writings of Gilles Deleuze. We also spent some time trying to figure out what Delanda/Deleuze might have meant by ‘multiplicity’.
Arenellos, Argyris & El-Hani, Charbel. Emergence, Downward Causation, and No Brute Facts in Biological Systems. In Brute Facts (eds Vintiadis, Elly and Mekios,Constantinos). Oxford University Press, (2018).
This was the group’s first taste of the analytic philosophers’ way of thinking about emergence, which in recent years has centered on Jaegwon Kim’s treatment of supervenience.
Hoel, Erik P., Larissa Albantakis, and Giulio Tononi. “Quantifying causal emergence shows that macro can beat micro.” Proceedings of the National Academy of Sciences 110, no. 49 (2013): 19790-19795.
Erik Hoel brings a refreshing information-theoretic perspective to discussions of emergence. After we discussed the paper he came to BU to give a talk to the group. It was very interesting. I think the information-theoretic approach might create interesting ways to create a bridge between “negentropic” and “epistemic” notions of emergence.
England, Jeremy L. “Dissipative adaptation in driven self-assembly.” Nature Nanotechnology 10, no. 11 (2015): 919.
Jeremy England has received a fair amount of hype for his theoretical approach to the thermodynamics of life — and this strikes me as reasonably justified. We spent some time going through the math. 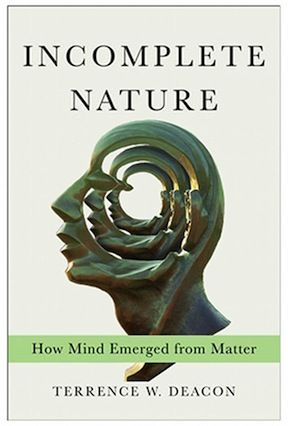 Deacon, Terrence W. “Emergence: The hole at the wheel’s hub.” In The re-emergence of emergence: The emergentist hypothesis from science to religion (eds Clayton, Philip & Davies, Paul). Oxford University Press. (2006): 111-50.
We spent two sessions discussing Terrence Deacon’s approach to emergence. Deacon has a clever spin on physicalism that gives special status to ‘absence’, and can be described as a modern scientific Taoism. His book Incomplete Nature fleshes out many of the ideas in this reading. Deacon is particularly good at explaining why teleology is so important.
Nagel, Ernest. “Teleology revisited.” The Journal of Philosophy, Vol. 74, No. 5 (1977): 261-279.
No discussion of emergence in biology would be complete without a careful investigation of how/if teleology emerges. Nagel’s paper is a little frustrating, but it’s careful and has an important place in the analytic tradition.
Wilensky, Uri, and Mitchel Resnick. “Thinking in levels: A dynamic systems approach to making sense of the world.” Journal of Science Education and Technology 8, no. 1 (1999): 3-19.
An easy paper compared to many of the others we read, since it focuses on the practical utility of thinking in terms of levels. Most of the session was spent debating what levels are. Defining levels is not as easy as you might think.
Krakauer, David, Nils Bertschinger, Eckehard Olbrich, Jessica C. Flack, and Nihat Ay. “The information theory of individuality.” Theory in Biosciences (2020): 1-15.
We decided to check what the Santa Fe Institute crowd are up to. Defining what an individual (or a system) is seems about as tricky as defining what a level is. Krakauer et al use a potentially useful information-theoretic approach, but the exposition was a little lacking in detail.
Drake, James A., Michael Fuller, Craig R. Zimmerman, and Javier GP Gamarra. “Emergence in ecological systems.” In From energetics to ecosystems: The dynamics and structure of ecological systems (eds: Rooney, N., McCann, K.S., Noakes, D.L.G.). Springer, Dordrecht (2007): 157-183.
This paper is a well-written (almost poetic) summary of emergence and its intellectual history, with several interesting citations to track down. Also, many in our group — including yours truly — were only dimly aware of emergentist theories in ecology.
Morone, Flaviano, Ian Leifer, and Hernán A. Makse. “Fibration symmetries uncover the building blocks of biological networks.” Proceedings of the National Academy of Sciences 117, no. 15 (2020): 8306-8314.
This paper is not about emergence per se, but might enable analogical links. The approach of Morone et al creates a kind of ‘factorization’ of graphs that has implications for synchronization. Developments along these lines could create precise definitions of multiple realizability.
The journal club is ongoing, so I’ll either append citations to this list or create sequel posts. 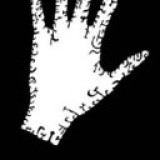 I'm a Research Assistant Professor at the Neural Systems Laboratory in Boston University. My PhD was in Cognitive and Neural Systems, and my work involves computational neural network modeling of cognitive-emotional interaction and psychiatric disorders. My bachelor's and master's degrees were in physics.